Master carpenter Wilhelm Seeger purchased a historic building in Ammerbuch-Entringen, in the state of Baden-Württemberg, Germany. It was part of the former commercial courtyard of the Bebenhausen Monastery and appeared almost ready to be torn down. When dismantling the double walls, a rich architectural treasure was unearthed: Both the original half-timbered structure as well as historical paintings proved to be surprisingly well-preserved.

With the planning support from the architect Verena Klar, the client created a prime example of sustainable building in existing contexts in the original historical proportions. In the attic, light-coloured silver fir wood was combined with CLAYTEC clay finishing plaster with straw. Both materials retained their natural and homey appearance thanks to the minimal use of surface treatments. The high sorption capacity of the clay plaster was advantageous for the rehabilitation, as a ventilation system with heat recovery was not possible due to the structural circumstances. The rehabilitation resulted in a KfW Energy Efficiency House 100 and allowed the corresponding funding to be claimed. 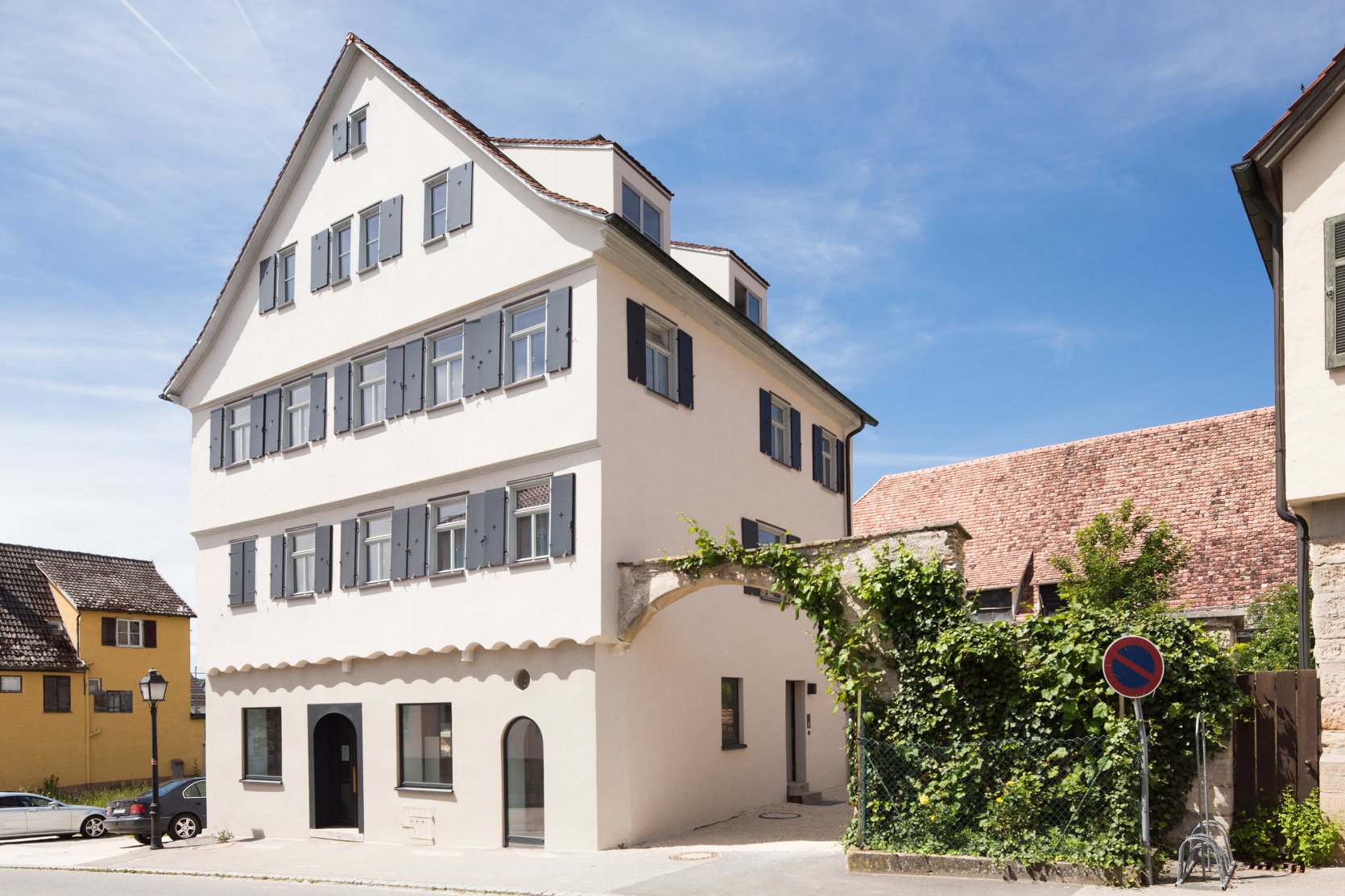 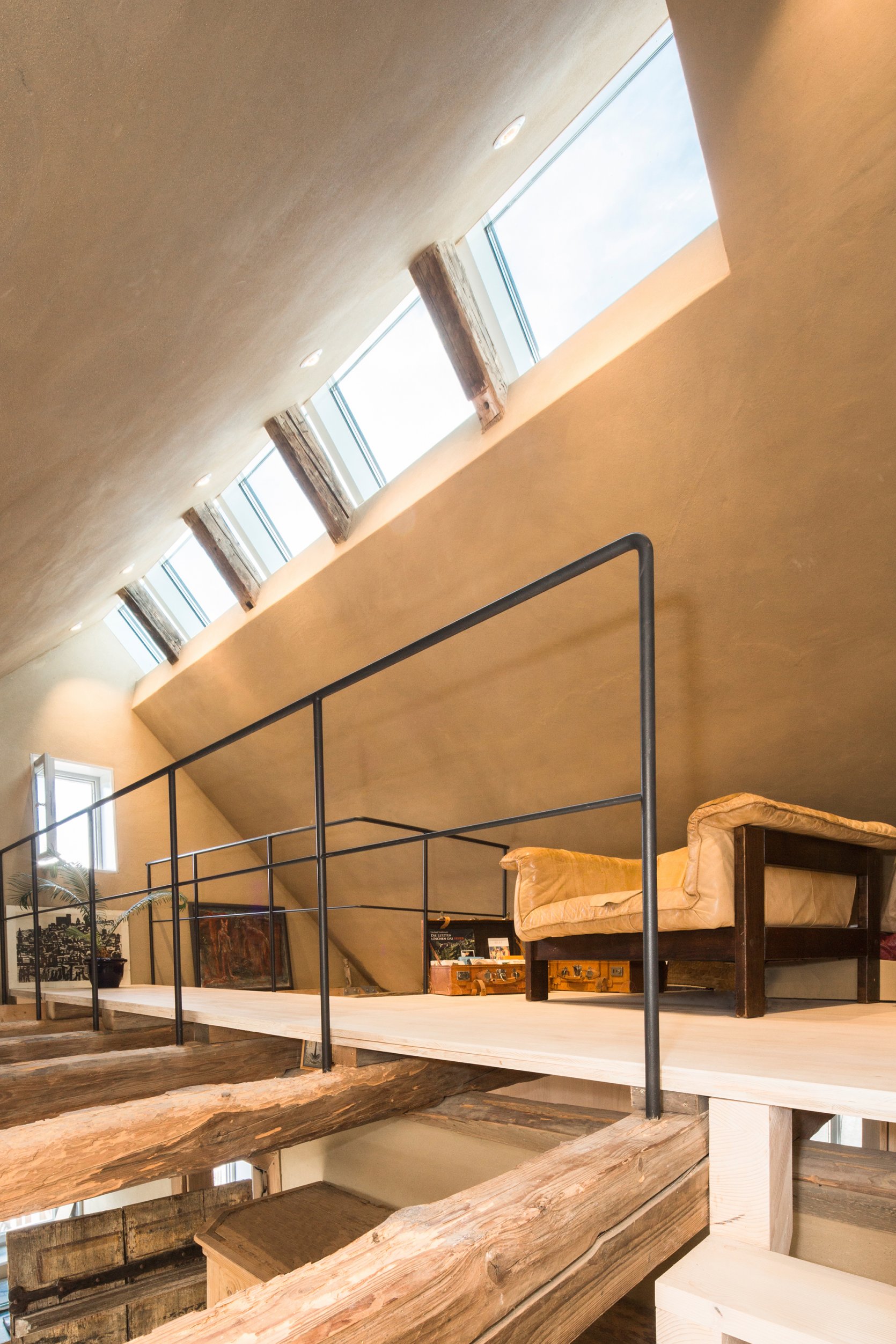 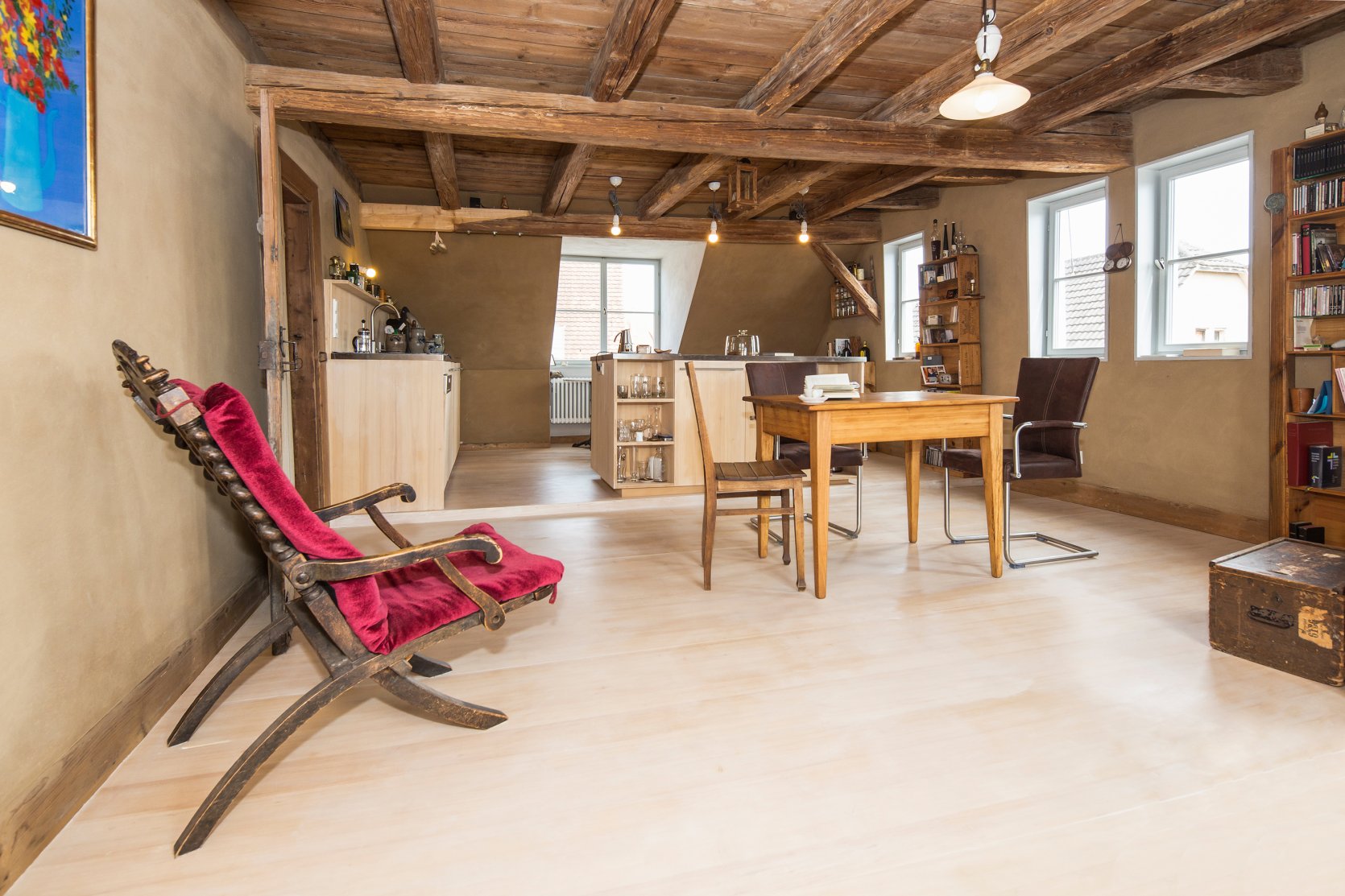 We use cookies to enhance the functionality of the website (Necessary Cookies), to analyse your use of the website (Analytical Cookies) and to display advertising tailored to your interests inside and outside the CLAYTEC website (Social Media & Marketing Cookies). The use of analytical and social media & marketing cookies requires your consent by clicking on Accept. You can adjust your selection at any time in the cookie settings. Further information can be found under Data Protection Notice (2.7 to 2.9).
Settings Accept all

These cookies anonymize data for reports and analysis. This enables us to improve the performance of our site.