"At the beginning, everyone said, 'Push it over the top.' But that was out of the question for us."

The Kohler family has owned the farm in the center of Taisersdorf for more than 250 years. Grandmother Klothilde Kohler, a native of Lieb, farmed with her husband until the 1980s, when it was the largest farm in the village. Two generations later, Roland and Julia Kohler - within two and a half years - transformed the "Liebhof" into their new home.

The building physics of the old building took center stage and - as far as it was possible and made sense - was not seriously changed. For insulation and finishing, materials were primarily used that were already present in the old substance. For example, clay and wood. On the upper floor, the CLAYTEC clay block heavy NF was prefabricated for insulation purposes and backfilled with clay mortar. On the first floor, the solid existing walls provided enough heat storage mass and were thus merely refined with clay plaster. The walls were plastered with CLAYTEC clay base coat with straw and clay finishing plaster fine 06. When finishing the wall surfaces, the two opted for YOSIMA clay designer plaster - color SC0. The heating system was to be an envelope temperature control system according to Henning Großeschmidt, which preserves the old building fabric, minimizes insulation measures, and at the same time reduces energy consumption by using atmospheric heat radiation.

The building envelope, windows and heating system form a coordinated system. The low room heights on the first floor and second floor remained largely unchanged, as did the exterior appearance of the residential building. Despite extensive modernization, the Liebhof is still a true farmhouse.

"THE CENTERPIECE IS OUR FURNISHINGS. IT COMBINES HISTORICAL ELEMENTS WITH MODERN FURNITURE AND FIXTURES. EVERY DETAIL WAS LOVINGLY PLANNED BY US AND BUILT WITH CRAFTSMANSHIP IN OUR CARPENTRY SHOP."

One of the most important realizations during the remodel was that you can't renovate such an old building stubbornly according to plan. The floor plans that Roland and Julia ended up having drawn up just for the building permit were not adhered to at almost any point.

Since the modernization concentrated on the interior and nothing changed visually on the building shell except for the large fixed glazing on the roof, and the two themselves acted as planners, construction managers and carpenters, it went off without a hitch. Piece by piece, Julia and Roland worked their way from the first floor to the second floor. Always with a sensitive feeling for what the old building structure offered them, in order to let these flow into the detailed planning. The result is an organic overall interior in which there are hardly any right angles, where the floor can sometimes be crooked, where you can still sense the old uses of the rooms.

A place where one feels completely at ease.

Today, the Liebhof is not only used for residential purposes, but also serves the two as a showroom for the individual furniture and interior design of their carpentry Liebwerk.

Measures of the Liebhof's renovation have been made available by Julia and Roland on their own website. For each floor, the problems encountered are listed - coupled with measures to always find the appropriate solution. A handling that can be traced back to Julia's and Roland's thoughtful approach. In addition to photos of the renovation, you will find information about cost distribution and individual highlights of the different construction phases. The Liebhof is a project of the heart, which, thanks to the comprehensive documentation, should also support other builders on the way to their dream property.

All information about the Liebhof can be found on Julia's and Roland's website: liebhof.eu

Everything that the two have made at the Liebhof themselves, Julia and Rolands also offer through their carpentry Liebwerk. You can find the carpenter's workshop here: liebwerk.eu

All clay construction work was done by our faithful craft partner lehm-bau.net. 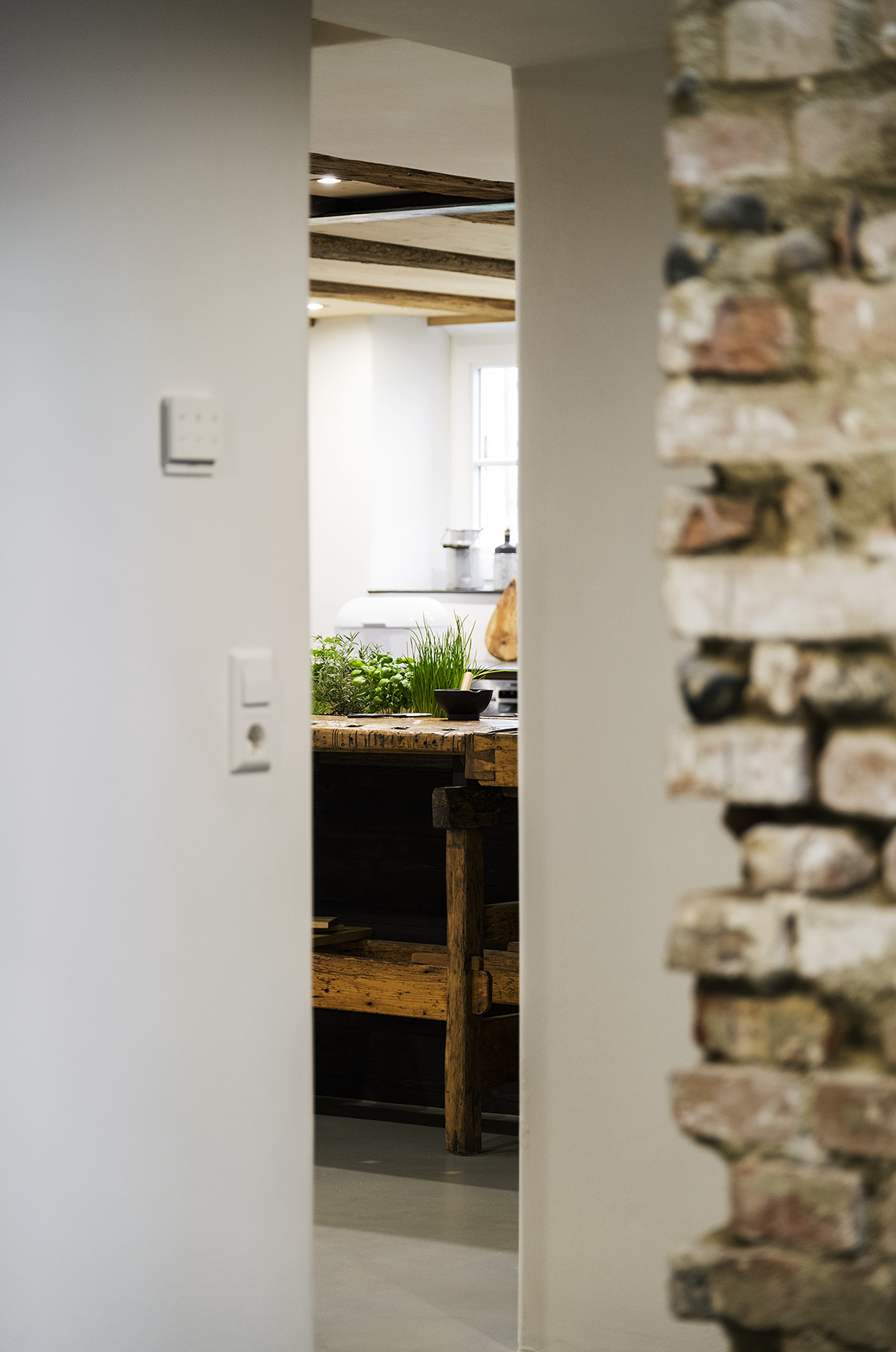 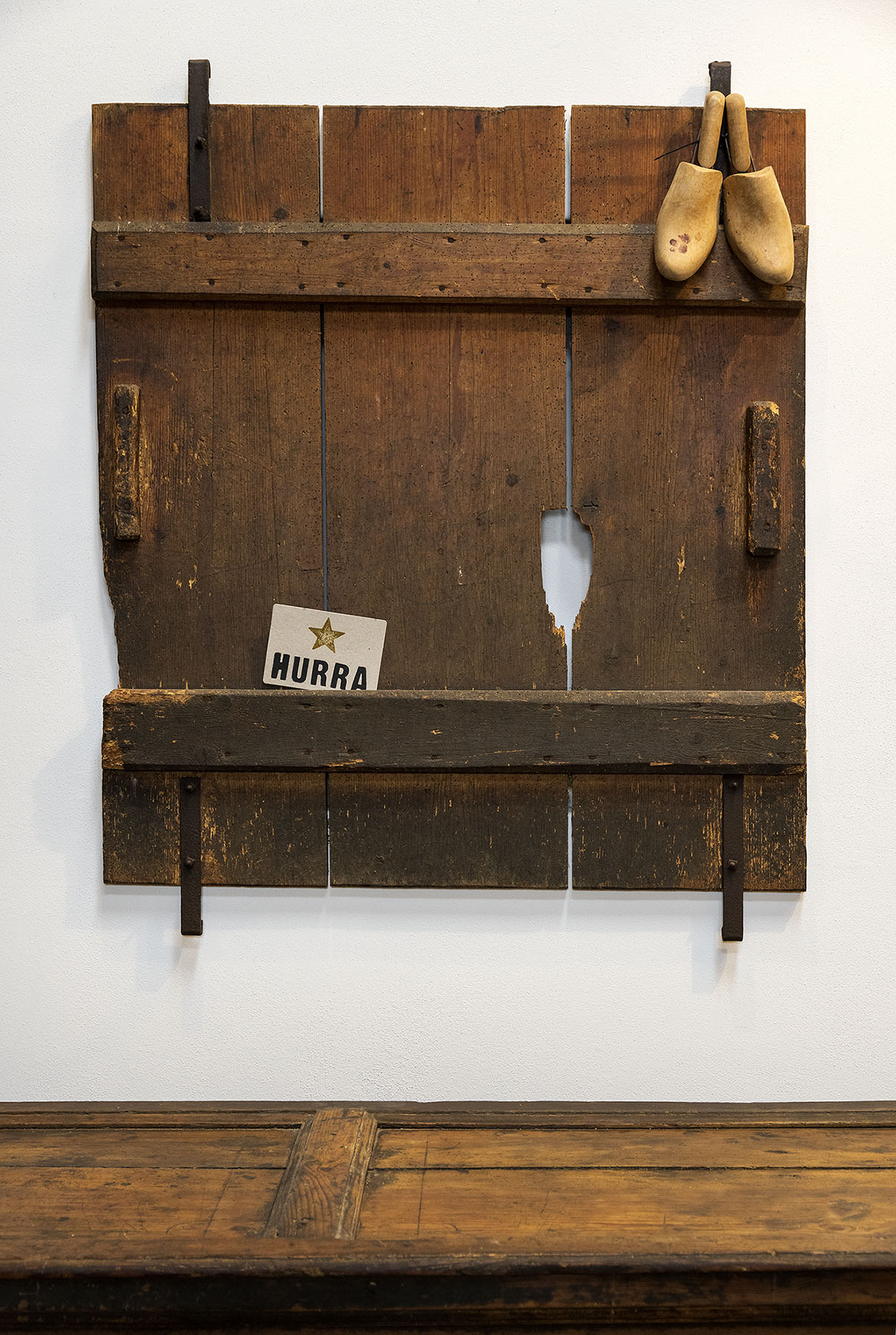 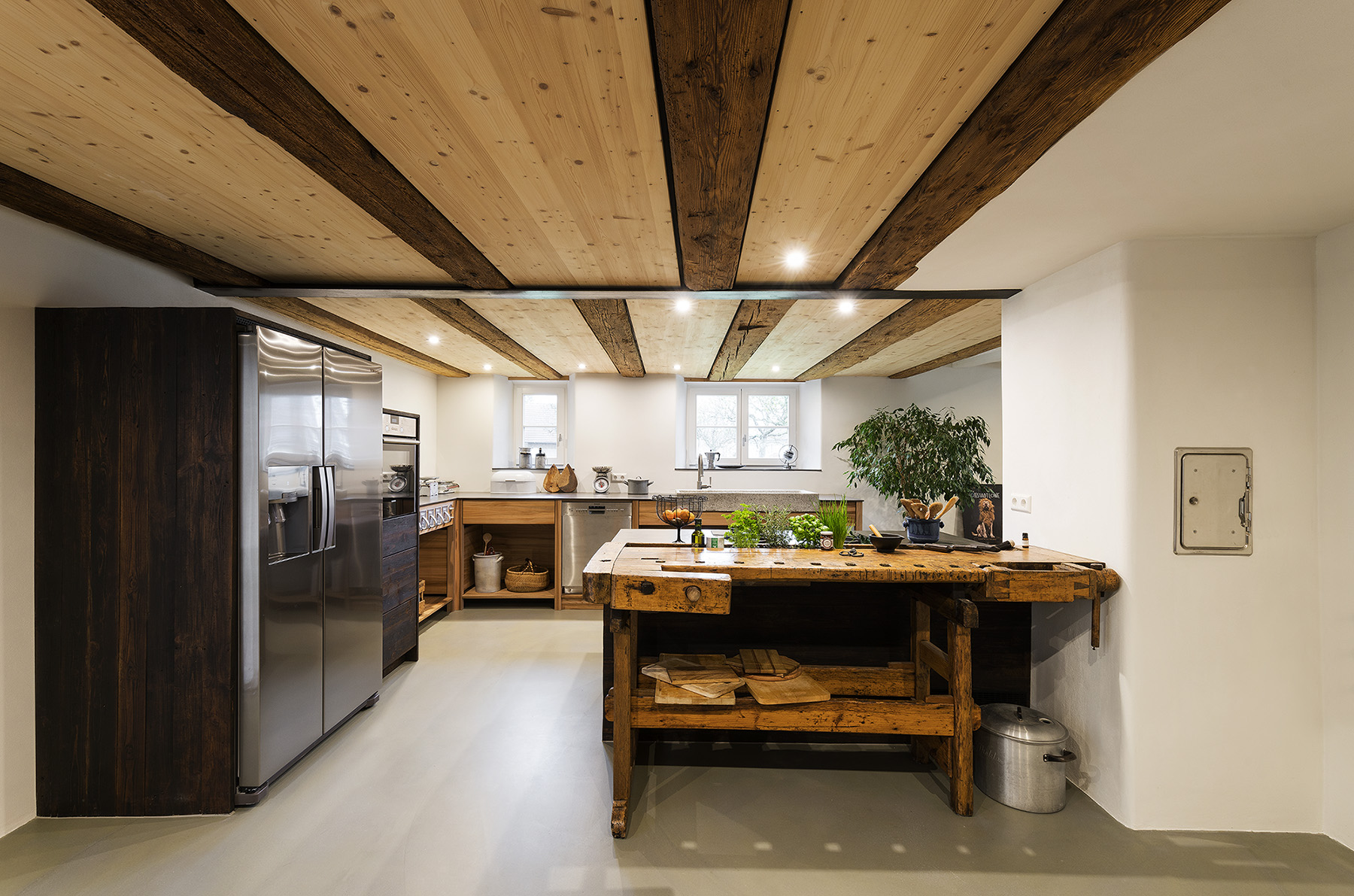 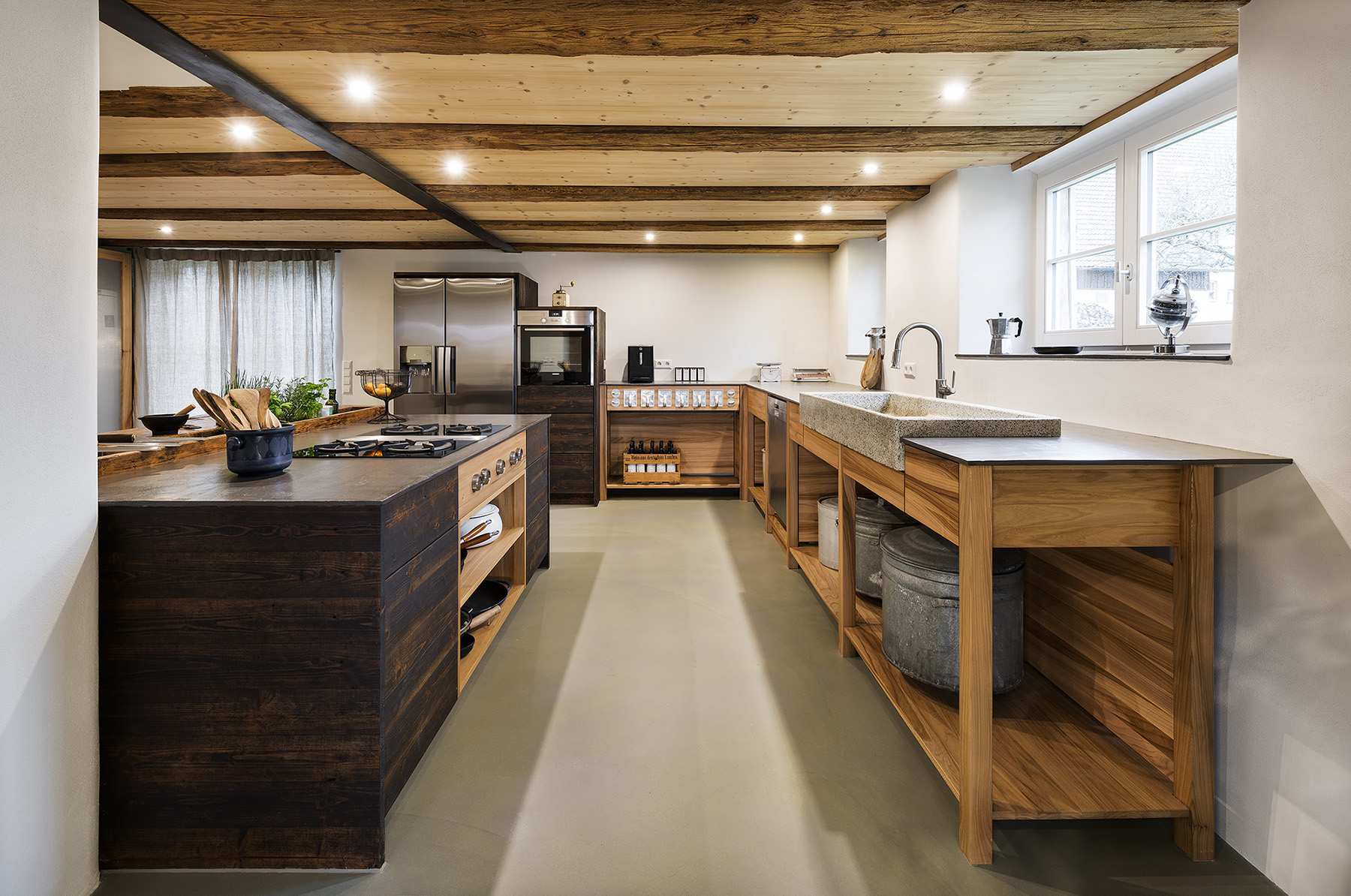